Exploring the grungey forerunners of emo… 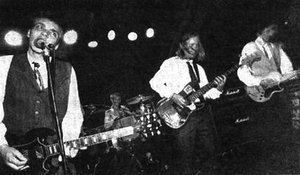 For the span of several years in my late teens, there were ZERO bands that meant more to me than Sunny Day Real Estate. I simply connected with their music.

On one hand, I felt a kinship with frontman Jeremy Enigk, whose intensely personal lyrics really got to the heart of what emo could be at its best. After all, the band’s first breakup in 1995 was attributed to Enigk’s conversion to Christianity, and as a fellow Christian in a community that often looked with suspicion on folks with strong religious views, I kinda felt his pain, or at least assumed that he probably felt mine. (Sounds kinda pathetic, I know, but this is emo and teen angst we’re talking about here…)

Of course, on the other hand, Sunny Day Real Estate were an awesome rock band. Great post-punk songs with a sharp emotional edge made for a truly unique sound, in large part to Enigk’s unique voice and the incredibly tight rhythm section of future Foo Fighter Nate Mendel (bass) and short-lived Foo Fighter William Goldsmith (drums).

The band got back together in 1998, though with a rotating cast of bassists (Mendel was too busy with the Foos, though it seems he did indeed strongly consider quitting the Foos to rejoin Sunny Day), and recorded two more LP’s before calling it quits again in 2000.

The original four reunited in 2009 for a tour to support the expanded reissues of the first two LPs, and from this sessions for a fifth album began, but never came to fruition. To this date, the only thing we’ve heard from that studio stint is “Lipton Witch”, released on a split 7″ with Circa Survive in 2014.

It should definitely be mentioned that Enigk, Mendel, and Goldsmith joined forces in 2003 for The Fire Theft, which produced one absolutely outstanding LP. More on that below.

Since releasing his first solo album in 1996, Enigk has released three additional LP’s along with several other recordings under his name. It’s all really good stuff that any fan of Sunny Day Real Estate will most likely dig. He is one talented dude.

Even now, when I go back and listen to this music, it takes me back to a place full of so much emotion, a time when friendship seemed more immediate, crushes seemed like true love, and the world seemed both full of promise and totally stacked against me. Yep – EMO.

I have to be honest – some day I’d love to meet Enigk, shake his hand, and sincerely thank him for his music. Not to be a crazy fan or anything, but when you connect with someone’s art on the level I did back then, that person leaves an indelible impression on who you are. 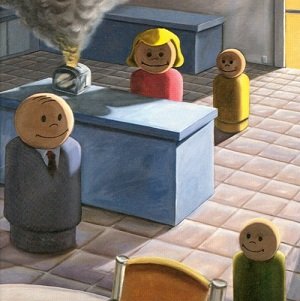 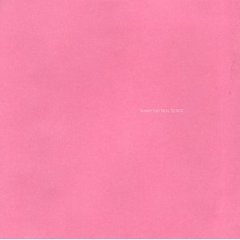 At one point in the late 90’s, this was my favorite record and the greatest thing I’d ever heard. I loved it more than Diary. And yeah, there’s something utterly FRESH about it. Great melodies, dynamic and surprising songs, Enigk’s mad poet vocals, solid performances: it’s all pretty great. Even now, all these years later, it’s just great in every way. And YES: how face-meltingly glorious is “Rodeo Jones”???

How It Feels To Be Something On 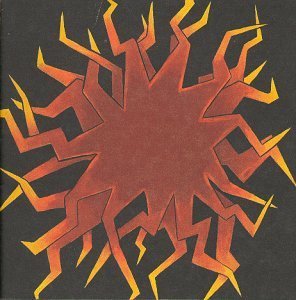 A great comeback album, despite a few missteps. I could do without “The Shark’s Own Private Fuck”, and some of the other tracks are just a little weak, but the high points are so good that they overshadow any blemishes. “Pillars” sets the perfect “SDRE” mood out of the gate, and “Roses in Water” and “Every Shining Time You Arrive” are both winners that successfully expand the band’s sonic palette. However, let’s just acknowledge that the entire reason for Sunny Day Real Estate to exist may have been in order to write “Guitar and Video Games”, which is quite and all-time great track. It’s seriously revelatory and must be heard. 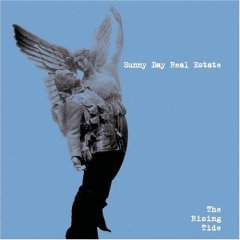 There are several great tracks on The Rising Tide, and they are essentially the slower, dreamier ones. When the band tries to rock, it just doesn’t vibe in quite the right way, and the pressing question must be asked evermore: what the hell is a “Snibe”??? Still, “The Ocean” and “Tearing In My Heart” are top 10 SDRE tracks IMHO. Two very beautiful songs, reminiscent of what Enigk was capable of and would accomplish in his future solo work.

HIGHLIGHTS: “Rain Song”, “The Ocean”, “Tearing In My Heart”, “The Rising Tide”

In addition to the below, there are demos and alternate versions of many Sunny Day tracks out there. I won’t be covering those, but I will recommend seeking out the long version of “48”, their 1998 KNDD radio session, and acoustic versions wherever you can find them. 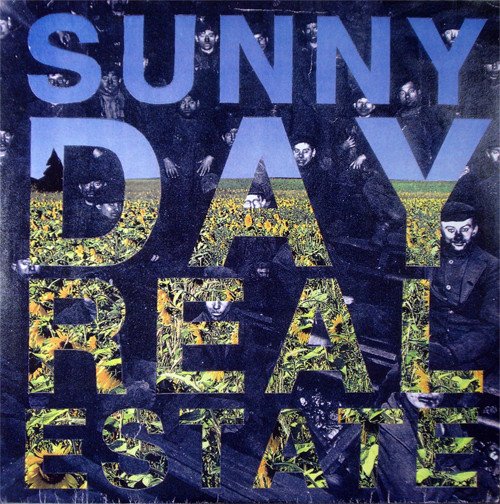 This 7″ arrived before Enigk joined the band, so it doesn’t really sound like the Sunny Day Real Estate we know and love, but it’s still worth a listen for the hardcore fans. 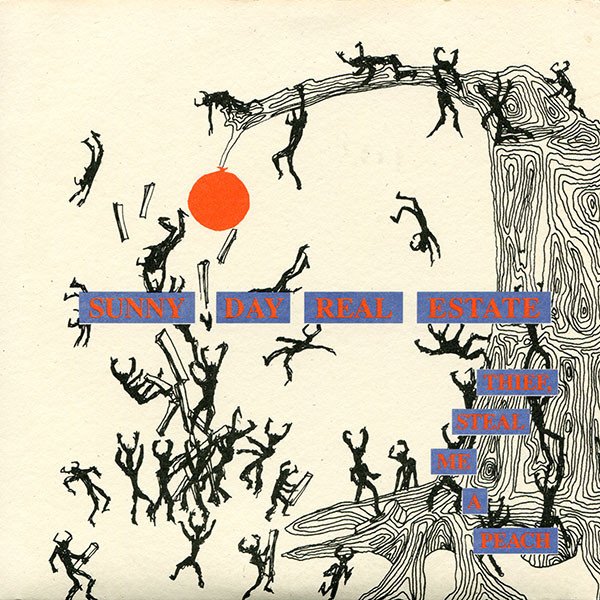 Two songs here, the superior version of “Song #8” is on LP2, but “Song #9” is fantastic early Sunny Day. Make sure you check it out (both recordings are available as bonus tracks on the 2009 Diary reissue). 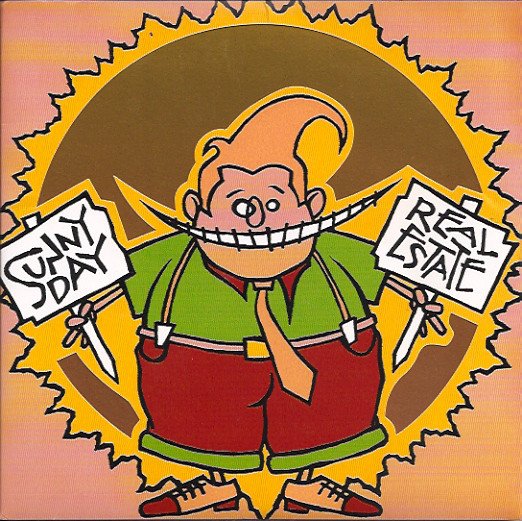 Sunny Day Real Estate had astoundingly great rarities, and this is one of them. “Spade and Parade” is a the prime era, right when they were at their most melodic and post-punkiest. It’s a beaut. 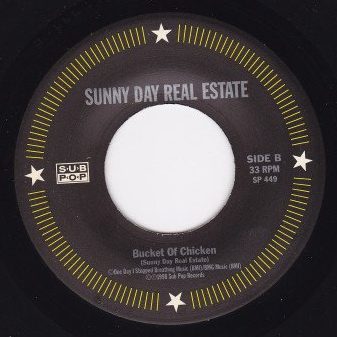 Originally titled “The Crow”, it was recorded in 1994 and (if memory serves) intended for the film of the same name, but that never happened. This is another one of the band’s “throwaways” that’s absolutely fantastic and speaks to the potential of the band in those early years. Another must hear.

The playing ain’t bad, but everything about this feels “contractual”. The production feels sorta lifeless, and Jeremy’s vocals sound flat (effects fault, not his voice itself).  For the real Sunny Day live effect, check out this show from their 2009 reunion tour. 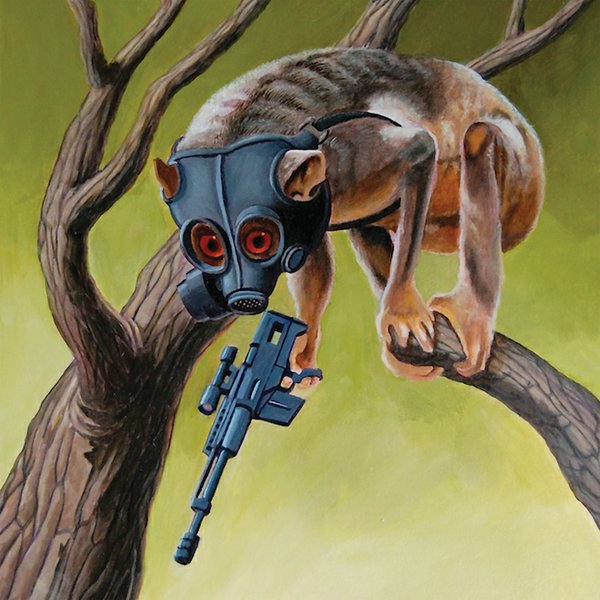 Deece. At least good enough to leave me disappointed that they weren’t successful at producing LP5. Great? Not in the same galaxy as their other one-offs (“Bucket of Chicken”, “Spade and Parade”). Honestly, not very memorable.

At some point, I’ll get around to covering Enigk’s solo career in a separate post. Off the cuff:

– Return of the Frog Queen: the Sub Pop record that came about during SDRE’s first breakup. Shows another side of Enigk’s songwriting prowess.
– World Waits: A fantastic new lease on the Enigk-sound. Really dig this one, just a beautiful record. 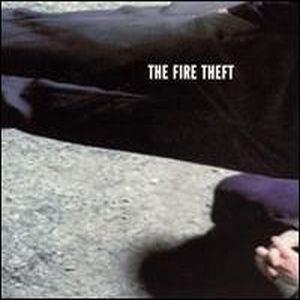 Classify under DELIGHTFUL SURPRISES. By 2003, I’d mostly moved on from my SDRE obsession, pretty let down by The Rising Tide and the band’s subsequent breakup. So when The Fire Theft was announced, I didn’t know what to think. However, over the years, this record has impressed me as utterly SOLID, and the best indication of the path Sunny Day might have been able to forge had they stuck it out. I think a lot of it is about the execution – this record is so well crafted as a whole – and the production organic and suited to the sound. In other words, it succeeds in every way The Rising Tide failed. If you enjoy SDRE, but have never checked this one out, do yourself a favor and give it several listens. It will grow on and overtake you.