Shipping News were an indie rock band based in Louisville, Kentucky that existed from 1996 – 2012. This is an overview of their recording history. 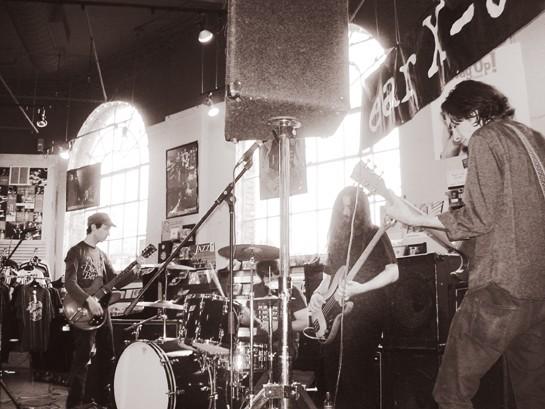 Shipping News (or RMSN as they sometimes referred to themselves) seemed, when first announced back in 1997, to be a partial reunion of Rodan. For me, they were a God-send. I’d never had the opportunity to see Rodan live in their brief existence (Rusty was a life-changer for me), and while Shipping News didn’t include the irreplaceable bassist / vocalist Tara O’Neil nor Rodan’s best drummer Kevin Coultas, it was nevertheless a collaboration between the band’s two front-men and guitar players, Jeff Mueller and Jason Noble. I was already getting deep into their early work with June of 44 (Mueller) and Rachel’s (Noble), so I knew they hadn’t strayed terribly far from the trail they had begun to blaze in Rodan.

Mueller and Noble started Shipping News with drummer Kyle Crabtree, formerly of other Louisville bands Endpoint and Eleven Eleven. They played dynamic, mathematical indie rock much like June of 44, with Noble bringing a whole lot of neo-classical sensibility to the mix. They were literate and lovely. They were also agitated and aggressive, oftentimes in the same song. Around 2003 or so, they added a fourth member in bassist Todd Cook.

Ironically, I never saw Shipping News live either, and sadly Noble departed this life in 2012. He was a big talent with a unique vision and style, a guy whose music I really loved, and as a fan I really miss his creative presence in the world. My thoughts and prayers go out to his surviving friends and family. 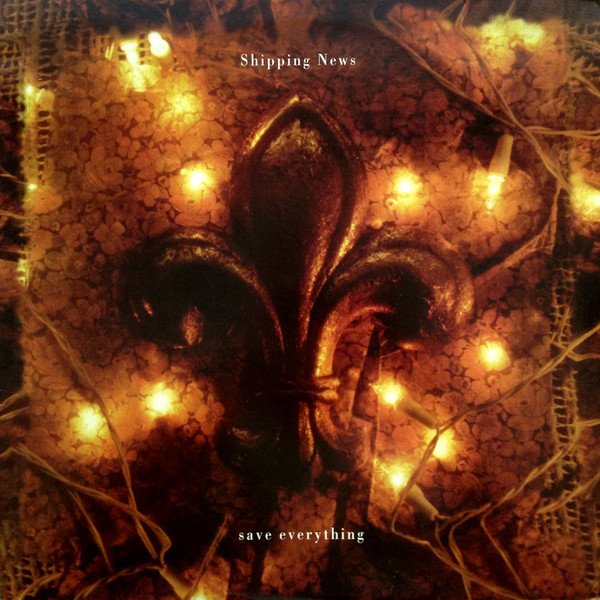 Their debut and their best record. When it was announced in 1997, we thought Rodan had come again. Turns out it wasn’t quite the same, yet I think I may enjoy it now more than I do Rusty. It’s mind-blowing to hear how an album can be so aggressive and graceful at the same time. Best tracks are “Books on Trains”, “Steerage”, and “A True Lover’s Knot”, but there ain’t a bad one among the lot. If you are looking for a good place to start with Shipping News, I’d assert this is it. Even if you don’t go on to listen to the rest of their catalog (which you should), you’ll have done yourself a favor by listening to one of the best indie rock records of the late 90’s.

Very Soon, And in Pleasant Company 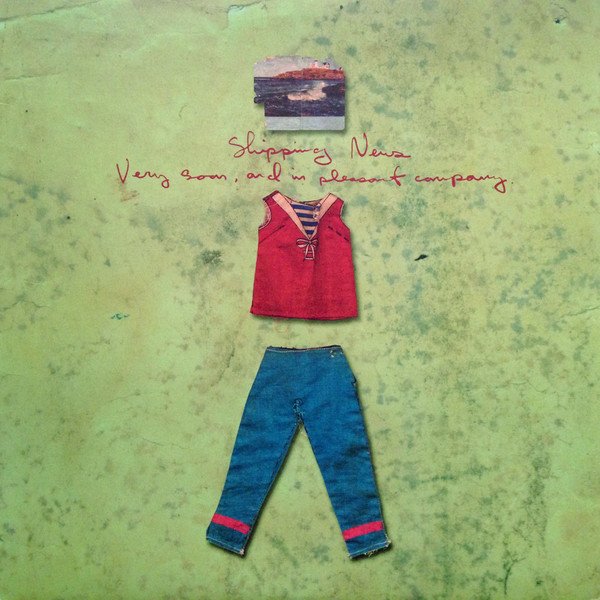 Their second album is a little artsier than Save Everything. I really love the prettier, melancholy stuff, especially “Actual Blood”, “Quiet Victories”, and “How to Draw Horses”, which seem to be cut from a more traditional song structure. Yet the magic of Shipping News is that the songs are anything but traditional. It’s a strong expansion of the band’s sound, even if it’s not quite a better record than their debut. For my money though, the “Nine Bodies, “Nine States” studio cut here pales in comparison to the live version released on their Split EP with Metroschifter. 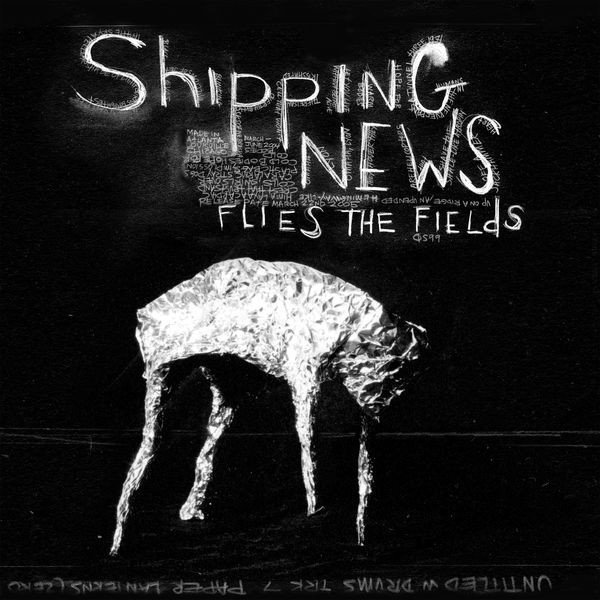 I wasn’t a big fan of the RMSN EP series (or the subsequent compilation thereof, Three-Four), but Flies the Fields was a decent return to form, and also a bit of a change in the band’s original sound. Nothing too drastic, but they added a full-time bass player (Todd Cook), toned down the NAUTICISMS, and took a more aggressive approach. FTF rocks and holds together really well. It doesn’t engage me quite on the same level as their early work, but it’s been a good record to explore, and a welcome continuation of what I loved about the Mueller-Noble collaboration. It’s not as immediately arresting as their first record, but it definitely grows on you over time, and widens the band’s sound. 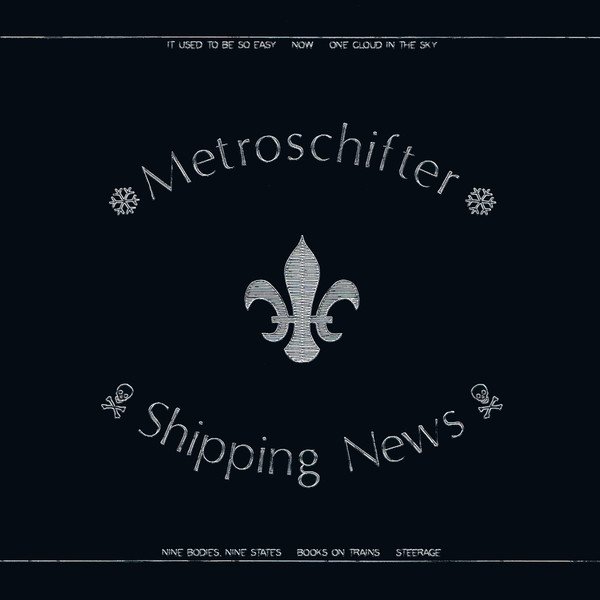 All 3 of Shipping News’ tracks here are live, and sound great. We get the two best tracks from Save Everything (“Books On Trains”, “Steerage”) plus what was at the time a new song, “Nine Bodies, Nine States”. As far as I’m concerned, the one here is the definitive take on that song. I’m talking Slint Zeppelin on that bad boy. 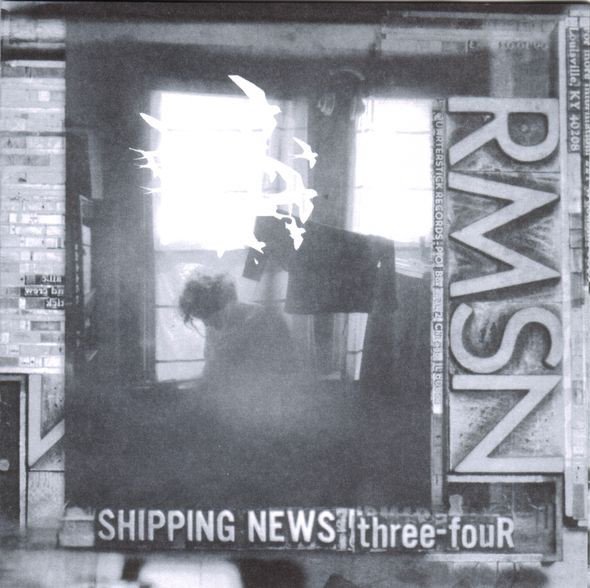 This was a compilation of the 3 RMSN EPs, plus some other tracks. Basically, each of the band members contributed individual works. The compilation added some tracks that didn’t make the EPs. Honestly, I’ve always felt these works were pretty lacking compared with their other records, proving that the sum is often better than the individual parts. Still, I’m glad to have this, since we don’t have many Shipping News records, and though many of the cuts are a big elusive and difficult, for a classic band like Shipping News, that makes them more worthy of attention and continued exploration.

One Less Heartless To Fear 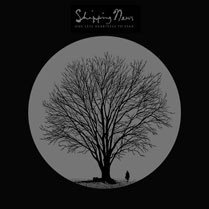 It’s more of a live album, including as it does several previously released tracks, but it’s also got 6 new cuts (7 if you count “Half a House”). This is the most aggressive thing the band released. They sound punkishly angry here. Even reminds me of a Black Sabbath-Shellac hybrid to a certain degree. For my part, I liked their older sound better. A little spacier, far more magical and even contemplative. Still, while it’s not the best of their LP’s, it ain’t half bad either, and I’m thankful we have it.

HIGHLIGHTS: “Half A House”

Did I miss anything? Have something about Shipping News you’d like to share? Feel free to leave your thoughts on this great band in the comments below.