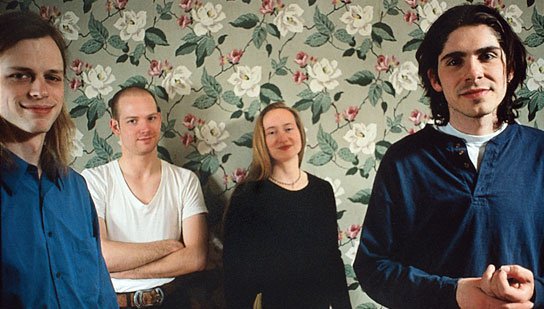 Dear reader, I have recounted for you how Rodan’s Rusty was a life-changer for me. I’ve also recounted for you the tragedy of Rodan: that the world should only know one proper album of their sprawling, melancholic post-hardcore. The consolation, of course, is that we ended up with so many other great records from Rodan’s demise. I’ve already covered the careers of Shipping News and June of 44, the 2 projects that most directly and clearly reflect the hardcore elements of Rodan’s DNA. Now, it’s time to talk about Rachel’s, another that perhaps could only live if Rodan would die.

If June of 44 and Shipping News were the inheritors of Rodan’s post-hardcore, angular nature, then Rachel’s was the chief inheritor of the band’s distinct neo-classical underpinnings. After all, only a band that was influenced by 20th century classic music could open their record with a long, sleepy instrumental like “Bible Silver Corner”, or craft an epic magnum opus like “Everyday World of Bodies”.

Not only did Rachel’s cultivate that strand of Rodan’s DNA, but they did it with the totally foreign musical language of classical instrumentation: a minimalist orchestra consisting primarily of piano, viola, cello, and whatever Jason Noble chose to add to the mix (which was usually guitar, bass, and / or assorted samples). Of course, other orchestral instruments would be used as deem fitting (trumpet, clarinet, vibraphone, drum kit, timpani) but that was the standard arsenal of the Rachel’s troupe.

For me, as much as I really love their records, I want to make it clear that Rachel’s was something magnificent to experience live. I do believe they spoiled me forever. Their live shows rocked, but in a cinematic sort of way. I’ll never forget seeing them at Louisville’s St. Philip Neri Catholic Church in 1997. Acoustically, it was the perfect setting for Rachel’s music, and I still remember it as one of the most immersive and enchanting artistic experiences of my life. It was the kind of thing that you probably only experience once in a lifetime, and that you could never possibly hope to recreate. I suppose the right word for it would be a “grace”.

But let’s get back to Rachel’s recording history. Folks have attempted to classify Rachel’s according to many different genres, but my preference would simply be “driving music”, a classification that I owe to a kid named Matt that I once played music with in a high school pit orchestra. That’s what my mind always comes back to with Rachel’s music. One point of clarification though: it’s best as “driving music” if you’re driving alone through sparsely populated countryside of some sort. NB: It should also be noted that it can be a little sleepy at times, so don’t drift off.

It’s strange to think that, at sixteen years old, I was listening to this music on the same day I might be listening to a record by Nirvana or Fugazi. Coming on the heels of Rusty, Handwriting was a further expansion of my mind into the boundless creativity that music might be able to afford, the idea that not only didn’t music have to limit itself to verse-chorus-verse song structures and power chords, but that music I liked didn’t have to limit itself to guitars, bass, and drums either.

I have to admit, I didn’t really get it back then. I thought this stuff was interesting, but it was still way more difficult than even what Rusty had prepared me for. But Handwriting just gets better and better every time I listen to it. “M. Daguerre” is so wonderfully haunting and strange, and agonizingly pretty when it transitions into the tragic melody that ends the song. Of course, “Full On Night” is the centerpiece of side B, and it’s just as great, a vehicle for Jason Noble’s oddly beautiful ambient explorations, and a great free-form guitar piece all the same.

I WROTE THIS ABOUT HANDWRITING BACK IN 2010: “When Rodan split in late 1994, they darted like subatomic particles into other musical nuclei. The most obtuse of these initial ventures was probably Rachel’s, Jason Noble’s stab at classical music. While it might seem like a stretch, it’s really not. After all, Rodan opened their only LP with “Bible Silver Corner”, a drum-less instrumental steeped in neo-classical dynamics and ambiance. When you consider that he was joined by two classically trained musicians (Christian Fredericksen and Rachel Grimes) in forming the artistic core of Rachel’s, it’s no surprise that their debut slides easily into the canon of 20th century classical music. That’s not to say that all of Rodan’s angular aesthetic has been stripped from these arrangements. “Full On Night” features a long free-handed guitar solo from Noble, and “M. Daguerre” amounts to an eerily deconstructed take on an old lounge standard. These two long tracks are exceptionally strong, and opener “Southbound to Marion” makes for an outstanding country road soundtrack. Finally, it’s Rachel Grimes that shines on the poignant “Frida Kahlo”, anticipating the major role she would play on the band’s follow-up, Music for Egon Schiele. All in all, not everything here is great, but as a fusion of indie rock and neo-classical music, there’s enough good to keep me coming back for more.”

Although Handwriting was a unique and pretty big development for those coming to Rachel’s from Rodan, it still retained some of the feel and musical language of Rusty. In contrast, Music for Egon Schiele, which came less than a year after Handwriting, jumped just as far away from the indie rock roots of the band. For starters, no guitars or drums are to be found anywhere. These 12 tracks consist only of piano, viola, and cello. Furthermore, Jason Noble did not perform on any of the tracks (though he did handle the artwork, mixing, and production), and they were all composed by pianist Rachel Grimes.

Still, it feels very much continuous, and the music here is undeniably beautiful, a wonderful expression of the mysterious melancholy that marked all of the band’s work. When it first came out, I probably listened to this more often than I listened to Handwriting, especially because the songs are actually more accessible than much of Handwriting. Their beauty is readily apparent, the motifs still minimalist but very listenable. So this one owes very little to any kind of post-rock or post-hardcore or even avant-garde tradition, and more to the lovely melodies throughout. Music for Egon Schiele isn’t an astounding Rachel’s record, but it’s a highly consistent and enjoyable one all the same.

The Sea and the Bells 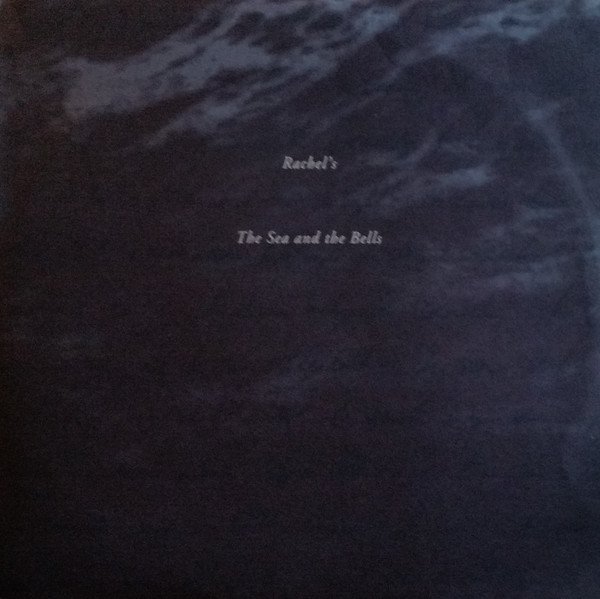 Not to spite Music for Egon Schiele, but The Sea and the Bells was the follow-up that Handwriting deserved, or at least the one that logically followed. After all, much of Rachel’s draw was the fact that it featured Jason Noble, and, musically at least, his mark was essentially missing from Egon. However, he was back in full force on The Sea and the Bells, where he receives all or partial credit for 11 of the album’s 13 tracks.

Looking back on Handwriting, that seemed an album about the countryside, the rolling midwest. Here, we have an album about the sea. Indeed, given the nautical themes of Mueller’s June of 44 outfit, it’s no wonder indie rockers started to apply the term “boat rock” to the post-Rodan projects of Noble and Mueller (a theme that would be capped by their future collaboration in Shipping News).

Many of the band’s best tracks are here. “Rhine & Courtesan” was an incredible opening volley, announcing in full force that Rachel’s wasn’t planning to leave its rock roots behind for sleepy string quartet induglences. “Lloyd’s Register” became a highlight of their live shows, and is rivaled only by “Water from the Same Source” and a few others as their best cut. And “His Eyes” is a hidden gem, and seems to be the back half of the “Those Pearls…”, a track the band released shortly before The Sea and The Bells on The Lounge Axe Defense and Relocation CD (see below).

Still, it’s the lesser moments that make The Sea and the Bells really special. “Tea Merchants” is a personal favorite, starting soft and slow, and finishing in a frenzy of beauty. Noble sets the perfect atmosphere with the ambient avant-garde compositions “With More Air Than Words”, “Night at Sea”, and “To Rest Near To You”. And he proves himself a capable classical composer as well on “All Is Calm” and “Cypress Branches”.

Yeah, The Sea and the Bells is close to what I’d call a perfect record, but I have to take big issue with “The Sirens”, which has forever scarred my ability to enjoy this record from start to finish. I mean, I GET IT, but it’s a rather rude and ugly moment in a record that is otherwise incredibly gorgeous. 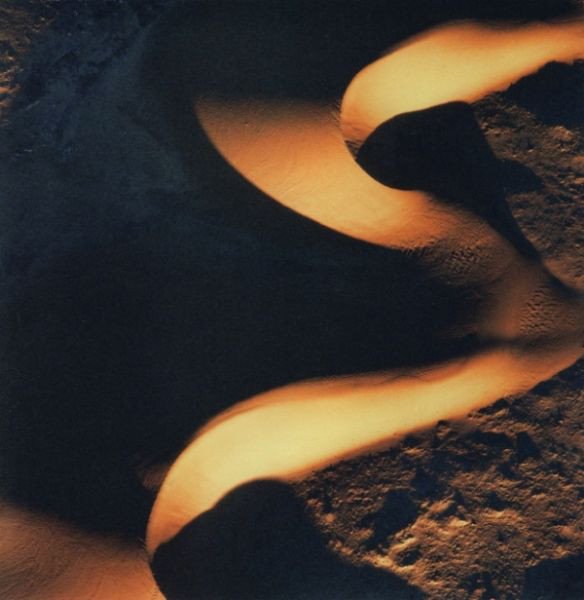 Having already explored landscapes and seascapes (and innerscapes, in the case of Egon Schiele, I suppose), Rachel’s next turned their creative attention to moonscapes. Or maybe it would be more appropriate to say this is a record about the moonlight? After all, so many of the tracks seem to deal with evening and nighttime, or at the very least mysteries and oddities, dark things with only a bit of light ever shed upon them.

It’s a strong record, and might have been perfect but for the inclusion of two problematic tracks. “Honeysuckle Suite” is the first error. It’s a harpsichord exercise, and if you enjoy the harpsichord, especially in the context of this record, you might also enjoy nails grating on a chalkboard. As for “The Mysterious Disappearance of Louis LePrince”, well, it just feels out of place, something that might have been better on a Christian Frederickson solo record, or something like that. Together, they are something like this record’s “The Sirens”, tracks that interrupt the flow and make the album less enjoyable from start to finish.

The good news though is that the rest of the album is pretty great. Jason Noble leads the charge on 2 great guitar based works (“A French Galleasse” and “An Evening of Long Goodbyes”), and “Forgiveness” is one of the most beautiful things the band recorded (love the string harmonics, whether it’s the Cello or the Viola) and includes a face-melting triangle workout from Shipping News drummer Kyle Crabtree (am I kidding? You tell me.). The other tracks are also pretty solid.

All in all, Selenography is least of the Rachel’s LPs in my book, but that doesn’t mean it’s bad. On the contrary, this is a strong album, if occasionally misguided, and marks a significant development in the band’s sound that they would further development in the early 2000’s. 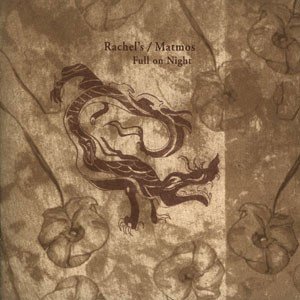 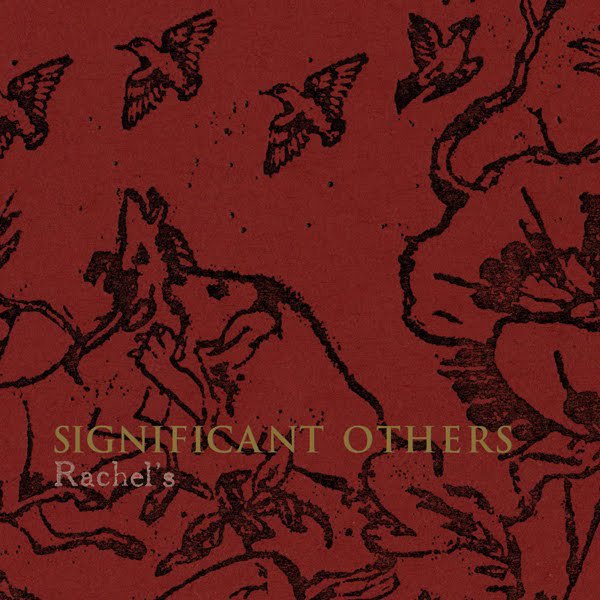 It’s only one track, but it’s close to 20 minutes long, so essentially an EP. Very solid Rachel’s track, bringing together everything one tends to love about their music: ambient passages, intense strings, dark melodies. I dig it!

This was a one off project featuring Jason Noble and Christian Fredericksen. Essentially, they composed original music for a theatrical production of Shakespeare’s The Tempest (probably my favorite Shakespeare play, BTW). It was a perfect match, given the “washed ashore” nature of the music as well as

Noble’s collaboration with former Rodan bandmate Jeff Mueller. Check out my review of their career here.

Per Mission was Jason Noble’s solo electronic / ambient music project. If you enjoyed the sound of Noble’s various projects over the course of his life, you’d enjoy this. The place to start is A Ritual Loop from 2001, but there are other releases from this project to explore as well. My personal favorite track was “Driver 2” from 1996’s Signal To Noise cassette, which is like an alternate version of Rachel’s “Full On Night”.

Have your own thoughts on Rachel’s? Got thoughts on my thoughts above? Feel free to share them in the comments below!