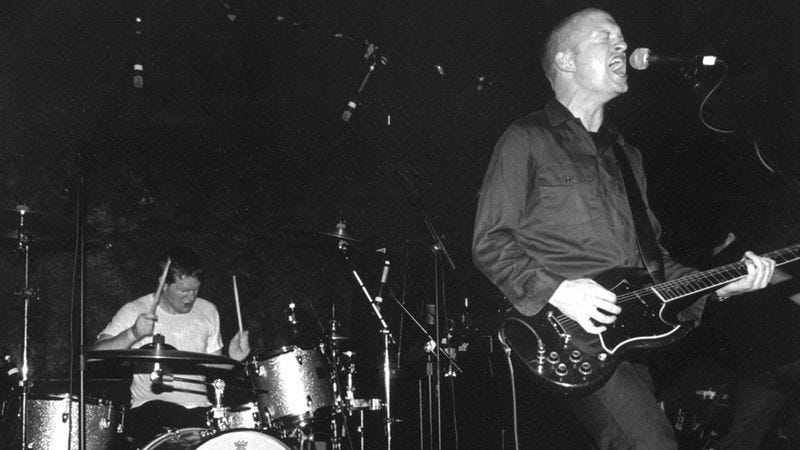 My first memories of elliott were from 1996. They were big news in the local scene, being as they were the new band of Falling Forward singer Chris Higdon. The initial word was they were “rock” – meaning, their sound was a little more “grown up” than what the all-ages crowd was normally looking for from local bands.

I don’t know that I saw them live until some time in 1997. They immediately reminded me of a band I was very into at the time: Sunny Day Real Estate. So, of course, I immediately latched onto them as a new favorite local band.

Their first release was a two-song 7″, In Transit, the only recording that features their first drummer, Ben Lord. He quit the band in ’97, and was replaced by Kevin Ratterman, who quickly became more than just the band’s drummer. While Higdon was the only member of elliott who was there from start to finish, Ratterman was a close second, and is responsible for broadening the band’s sound to include a wide swath of electronic and ambient sounds. In short, Ratterman was a studio whiz, and played a huge part in crafting elliott’s sound over the years.

Their first album, US Songs, came in 1998. It’s a great document of their early sound, a record that doesn’t quite get the accolades that it deserves, because their sound shifted away from it pretty quickly thereafter. To be honest, that’s my favorite era of elliott.

After US Songs, elliott hit a rough patch, at least in my opinion. Their music took a much darker turn, and while the songs on If They Do sound great production-wise, it wasn’t really clicking with me like their early material had.

In 2000, they issued False Cathedrals, which greatly expanded their sound to include the fullness of Ratterman’s sonic arsenal. Many consider it their best record, and while I admire their drive to make a record that would challenge their audience of hardcore kids, it is, for me, a misstep.

I lost interest in elliott after that, and didn’t even realize they’d put out a 3rd LP until 2005 or so. At first, I wasn’t that into Song In The Air, but over time, it has grown on me and I know consider it a really great record. I’m glad they ended on that high note: I think they fully developed into what they were hoping to become on False Cathedrals.

I do wonder why elliott broke up when they did. Maybe they weren’t gaining the kind of traction they’d hoped, but I will say that they are a band that I think could have continued evolving and become even better over time.

Three full-lengths for elliott, over the course of which they evolved greatly. 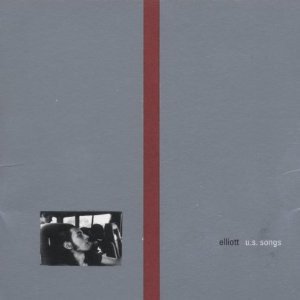 I’ve always loved elliott’s early vibe, and this is the album that best encapsulates it. Saw these guys a bunch back before this record came out, and they were making beautiful power pop, and that is essentially what is documented here. With the influence of (at the time) new drummer Kevin Ratterman, they’d evolve into something much darker and more atmospheric, but US Songs represents that captured my imagination in a pretty big way in the late 90’s. NOTE: The version of “The Watermark High” here is vastly inferior to the earlier 7″ version (see below). 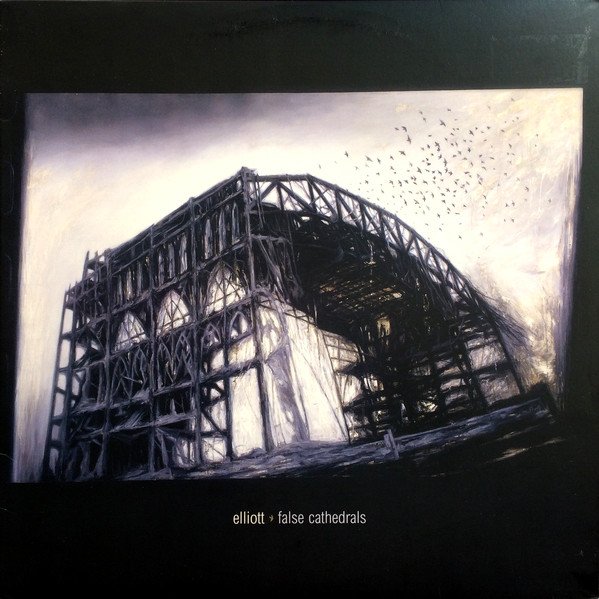 Many view elliott’s second album as their best, even a classic. For me, it’s a step forward in terms of production, a step backwards in terms of songwriting. I think an analogy to The Cure is helpful: many really love their dark records (Faith / Pornography / etc). I, on the other hand, prefer the poppy Cure of “Close To Me”, “Just Like Heaven”, “Friday I’m In Love”, etc. Well, this is elliott’s Faith / Pornography here. Heavy emotions, very heavy, but so heavy they weigh the music down like a lead balloon. Despite that, it’s a pretty good record that I do enjoy from time to time. I just think it could have been better.

HIGHLIGHTS: “Calm Americans”, “Blessed By Your Own Ghost”, “Shallow Like Your Breath”, “Speed Of Film”

Song In The Air

False Cathedrals was a misstep for me. Even now, it just doesn’t hit in the way I think they intended for it to hit. Well, to be honest, I lost interest in elliott for several years after False Cathedrals hit, and I didn’t discover Song In The Air into a few years after its release. At this point, I can say that Song In The Air is elliott fully realized in their own vision. It’s excellent, atmospheric hard rock, executed perfectly. The melancholy is thick, but in one word, this record is a MOOD. Special accolades go to guitarist Benny Clark (this is first record with the band). His guitar work is spectacular on this record. In short: elliott left us with their magnum opus.

The band’s very first release was one of its best. Featuring its first drummer, Ben Lord, A-side “The Watermark High” is much better here than on US Songs (the version there sounds stale), thanks in large part (if I’m being honest) to Lord’s looser drum-style. B-side “Halfway Pretty” is a gorgeous indie ballad; at the time it was pretty unusual to hear a bunch of hardcore kids making a song like it, and it still stands out as one of the band’s finest moments. 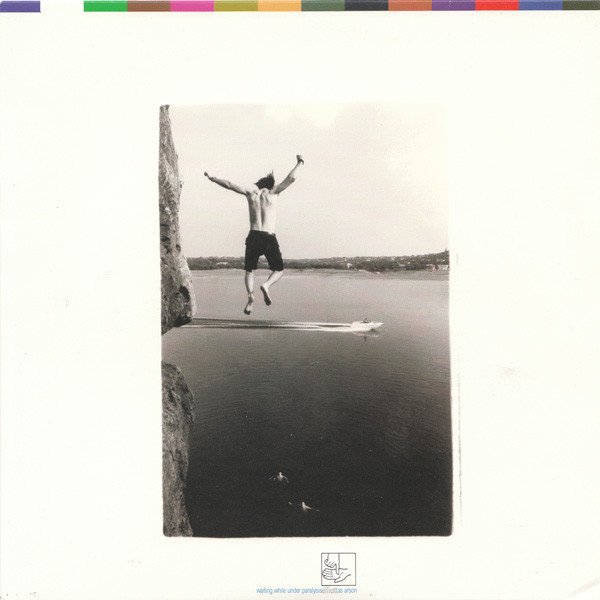 Gotta be honest – the two songs here, though well produced, just aren’t that great. They’re heavier, darker, and I feel like I *should* dig them, but I don’t. I never have. Now, that’s not to say they’re horrible, it’s just that they don’t have much to commend them. 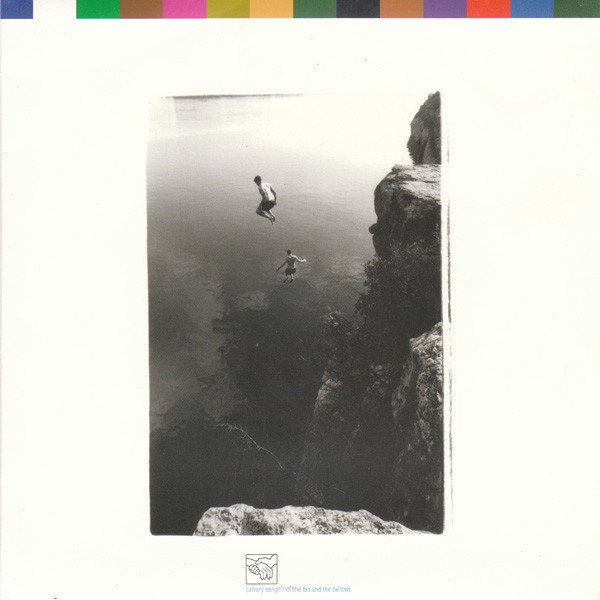 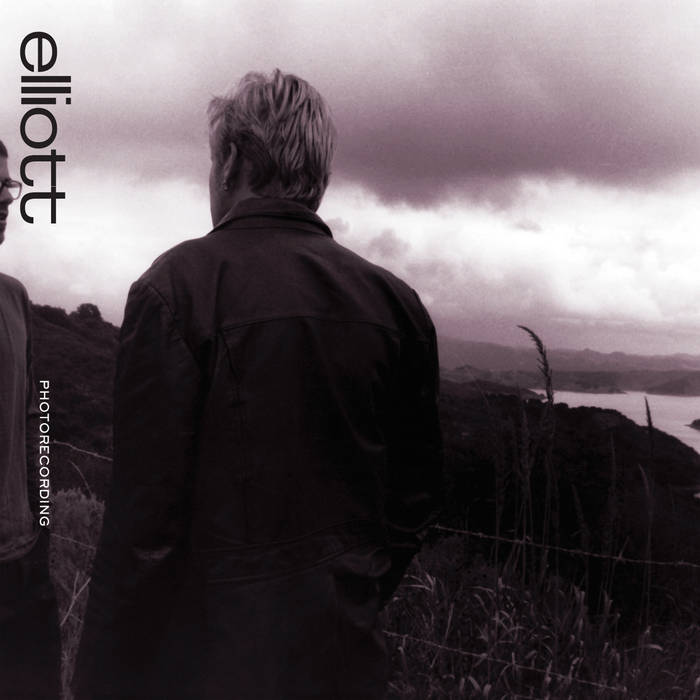 Not sure how you’d classify this release, but one thing is for sure: it’s a crucial document of elliott’s live show in the last days of their existence. According to the notes, the first 7 tracks were recorded live in studio immediately after their last show, while the rest are various studio outtakes from the past. Among the treasures here are re-recorded False Cathedral tracks, which feel more fully realized than the original studio versions (how great is that techno reimagining of “Drive On To Me” [“Drive”, track 9]?). Also, I recognize the final 3 tracks as the “transition music” that used to fill the dead space between songs when they’d perform live. So I guess you’d call this elliott’s version of an odds n’ ends collection. Whatever it is, it’s an essential release for elliott fans.